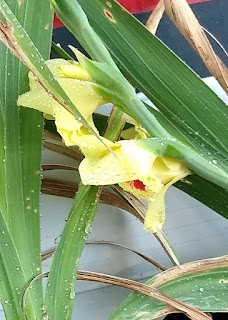 Transplanted some gladiolus from my garden. Almost all of them survived! The odd thing, Mom bought them for me for my birthday, and the label said "red".  Um. There is red IN them, but it's... Yellow. Huh. Meh, still pretty. 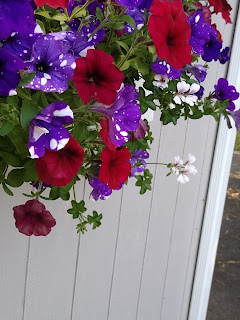 I tried to get these up for July 4, but the picture wouldn't load. So, happy flowers day! 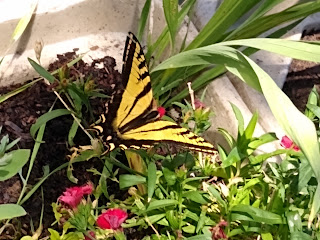 We have some Monarchs flitting sound of late, now that I know what kind to get, I hope to get Milkweed started, along with other pollinator plants.  I have officially given up on seeds in the area I was working on, it will now have actual plants that are already up and growing! 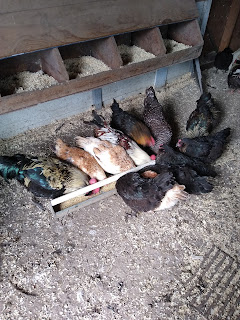 The chickens are doing well. Maybe too well, I had people I was selling eggs to, they mostly have decided to stop buying, but the girls haven't stopped laying.  I might get one rooster and 3 hens, and make hobby farm starters on Craigslist...  ? 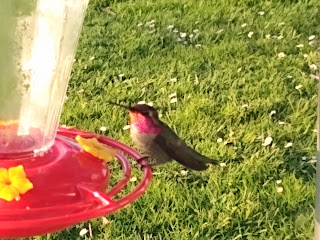 We have had several hummingbirds by the window. Fun to watch. Aggressive little things.  One juvenile out in my garden buzzes up, looks me over, then buzzes away. Don't know why, but it's a daily occurance. 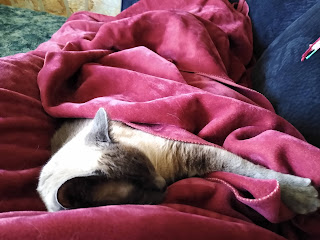 And Ding enjoys watching them, too.  But it's such hard work, she has to rest and recover after!  :)
I will get some more photos up later. I don't know if it's the operator, device, internet, or website, but haven't I able to put things up, of late. See what we can do... Will get pics of Buzz up soon.
Posted by Cat at 5:06 PM

Love the photos, you have lovely flowers.

The hummer is probably just reassuring himself that it's you, he knows you belong there.